Paternalism and social media: will the Governments stop you using them? 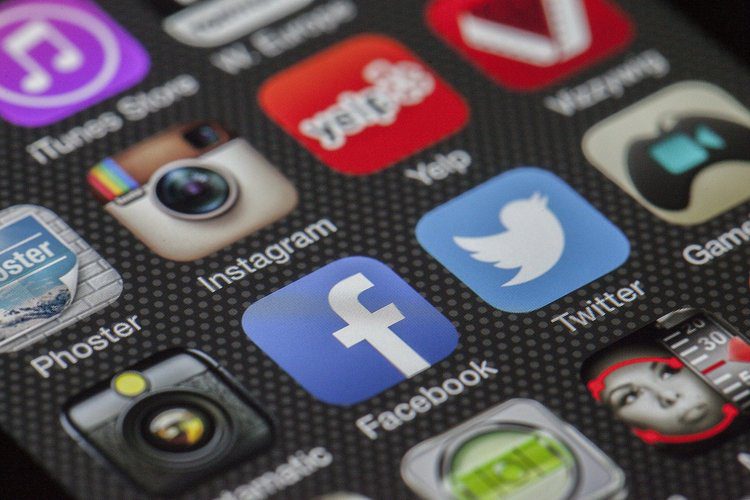 We are living in a world where despite being ever more connected through technology, we are often being pulled apart due to our cultural, political and ideological views. The power of voice and expression is ever embellished by the instant readiness of social media, with billions of users accessing social media such as Twitter, Facebook, Instagram and TikTok on a daily basis. Whilst social media can be a toxic environment where people disagree on the smallest things, one thing most users can agree on, is that they want to use their favourite social medias and would not want it taken away from them.

The concept of paternalism is essentially those in positions of power or authority, make decisions for the greater public by restricting their freedom and responsibilities, in the best interests of the public.

Two classic examples of paternalism include:

·        Laws requiring road users to wear seat belts – a legal requirement with consequences if you fail to wear a seat belt, even though the only person affected by that decision would be the person not wearing their seat belt;

·        Banning the consumption and possession of illicit drugs – there are various laws on the restrictions of taking certain illicit and non-illicit drugs, as taking these drugs is detrimental to the health of the consumer, even though it is the user’s choice and they are the one who is affected by those consequences.

Some paternalistic concepts are ethically very challenging. One example of debated paternalism which include:

·        Euthanasia or assisted dying – a hotly debated topic, of which the law differs country to country. Should those whose life is deemed to be worse than suffering be allowed to end their life? Most governments say, no, you do not have the right to take your own life or have someone assist you taking your own life.

Paternalism is a concept that many individuals with more liberal ideologies find real opposition to. Whether you have been aware of it or not, the entire world has had to grapple with the extent of paternalism over the COVID-19 pandemic. Whilst paternalism in the COVID-19 pandemic admittedly balances the interests of individuals and how they affect those around them, unlike the examples given above which are more focussed on individuals’ actions for how it affects themselves, the restrictions made by governments during the COVID-19 pandemic are quintessentially paternalistic – the government acting to restrict your freedom as the decision made was in the interest of the greater public good. Such restrictions are fundamentally utilitarian in nature, focussing on the greater overall good rather than the individual good and the methods and means in achieving that good. There has been extreme pushback by groups of individuals to lockdowns, vaccinations, masks, but even those accepting of these restrictions and impositions have grappled with the extent of the restrictions – with many people ethnically grappling with the restrictions in the name of the greater public good, but clambering for a sense of normality amid their day-to-day life.

Data is now widely considered to be the most valuable resource in the world. An unfathomable amount of personal data regarding individuals is produced on social media and shared and stored by social media companies and their affiliates. Those who follow data privacy closely will be keenly aware of the decision made in Schrems II which held that the EU-US Privacy Shield was unlawful. Based on the transfer data of (what was then) Facebook Ireland to Facebook Inc, it was found that the activities of US authorities in screening and collecting data within its jurisdiction was in direct contrast to the GDPR, and that data subjects within the EU had no recourse over how that data was affected.

Although there are ways to still lawfully transfer data from the EU to those countries (such as the United States of America) outside the EU who do not have an adequacy decision for a level of data protection essentially equivalent to that of the GDPR, it does make things more difficult for all parties involved.

Most technology and big tech companies, including social media companies, have their headquarters based in the United States. Although these often have European subsidiaries (such as Facebook Ireland), it is often their practice to copy across or screen the data back to their main servers in the United States, which is exactly what was happening with Facebook and led to the decision in Schrems II. Recently, Meta (which was Facebook) is pleading that its hands are behind its back and that it may have to withdraw both Facebook and Instagram from Europe, as it is unable to transfer data back to the US. There have been a series of advanced negotiations between EU regulators regarding the transfer of data, and organisations such as Meta, with such a huge global wealth and influence are driving partners in the progress of these negotiations, and will shape the way for change in the future (for better or worse).

What this means, is that Meta are saying that the European law makers are prohibiting Facebook and Instagram’s ability to work in Europe, and that it may have no choice but to pull both social media platforms from Europe if no solution can be found. Those more cynical will argue that this public statement is an attempt to gain public interest and put pressure on European regulators to ensure that they find a way for the legitimate operations of Facebook and Instagram.

Whilst not a direct decision of regulators to prohibit social media, due to the paternalistic regulations of the GDPR, this means that social media companies do not have the unilateral power they want to possess when it comes to handling people’s data. Whilst privacy minded individuals will argue that this is a wholly positive thing, and that there needs to be accountability on the actions of social media on how they handle personal data, there will be far more people who will not care how their data is being used. Those who are less inclined to care on how their data is used behind the scenes, as a bottom line, they will simply want to use Facebook and Instagram and will be furious in the event that they are no longer able to do so.

If/when this happens, much like in the United States, the rights of data subjects within the EU will have their data rights infringed upon when the Chinese Government is provided a copy of that data as they will have no recourse over how that data is used. Therefore, much like with the abolishment of the EU-US Privacy Shield, there are many privacy campaigners who are publicly voicing the unlawful nature of TikTok’s data collection.

Even if you are not a privacy campaigner, many may feel uncomfortable with the idea of China holding so much personal data on individuals around the world. Some have questions over national security, and it is understood that United States military branches have banned the application of TikTok from government issued devices due to the security risks that TikTok carries.

So in the golden age of social media, behind the scenes, there are murky waters regarding international data transfers. And it may only be a matter of time before the murkiness of these waters means that users are no longer able to access their favourite social media platforms, or social media companies are forced to make considerable changes to their applications to continue facilitating its widespread use. This is a high-stakes poker game where it all comes down to who blinks first, the regulators, or social media companies.